What is Peyronie’s disease?

Peyronie’s Disease are lumps, or deformity in the penis that can cause pain and erectile dysfunction during intercourse. First described by King Louis XIV’s Surgeon, Francois Gigot de la Peyronie, who in 1743 described, “Rosary Beads” of scar tissue extending the full length of the dorsal penis in a treatise on ejaculatory failure.

Peyronie’s disease is likely caused by minor injury to the penis. This type of damage is most often caused by vigorous sex such as bending the penis during penetration or pressure from a partner’s pubic bone, though it can also be caused by sports or other accidents.

The prevalence of the disease is underestimated as patients will be hesitant to discuss their symptoms with their primary care physician, but at Inanna we focus on a comprehensive approach to treating Peyronie’s Disease and other sexual complications.

We encourage patients to involve their partners in the treatment planning as they to may have sexual health concerns that need to be addressed. Contact us today for a free consultation. 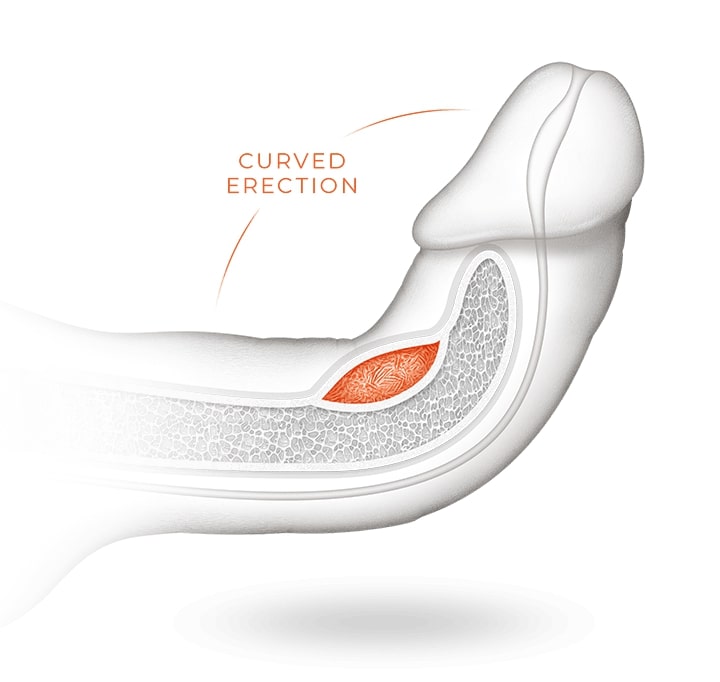 Our approach to treat Peyronie’s Disease

At Inanna we look at sexual health not as a luxury treatment, but rather basic medical problems no different than diabetes, high cholesterol, or even depression.  A good quality sex life will naturally lead to happier and more productive individuals, better society, less divorce rate that can affect the wellbeing of Ontarian families and future generations.

What are symptoms of Peyronie’s Disease?

Can Peyronie’s disease heal itself?

No, there are no cures. The goal of the treatment is to reduce pain and maintain sexual activity.

It feels like a ridge or tiny row of bumps.  This is in reference to the scar tissue.

What happens if left untreated?

If left untreated, the disease may cause fibrotic, nonexpansile thickening of relatively discrete areas of the corpora tunica, typically resulting in focal bend, pain or other functional or structural abnormalities of the erect penis.